Celestine is formed by precipitation directly from seawater or only during the consolidation of marine sediments, when spherical concretions of celestine are formed in the rock, sometimes with a cavity and well-limited crystals inside. Celestine, strontium sulfate, is close and similar to barite, but is slightly less common in nature than barite. It can be colorless, white, light blue, yellowish, rarely red or brown. 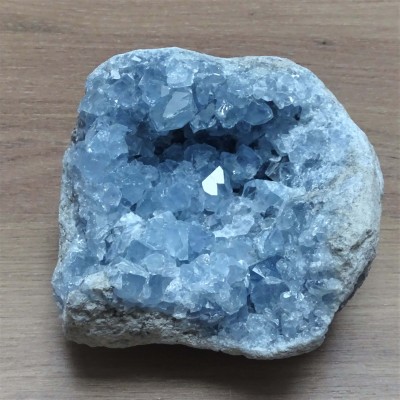 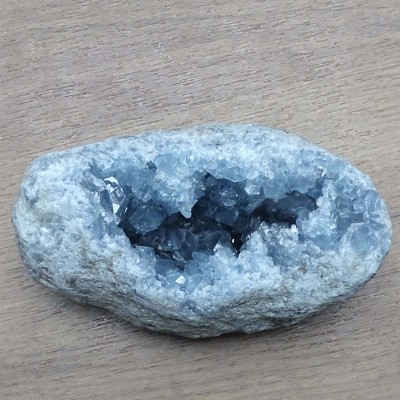