Pollucite is a rare gem mineral belonging to the group of zeolites. It contains a large amount of cesium and sometimes rubidium.

Mohs hardness on a scale of 6.5 to 7. It was first described by August Breithaupt in 1846 for occurrences on the island of Elba in Italy. Named after Pollux, a figure from Greek mythology, Castor's brother, for his joint connection with the "castorite" (petalite). The name was later changed to the current pollucite. 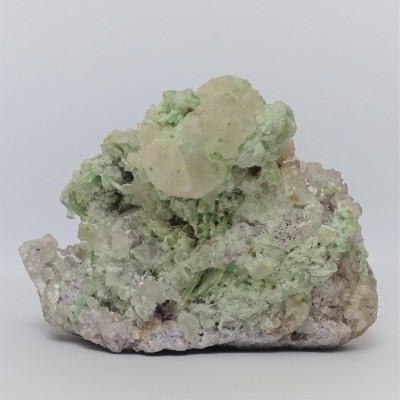 Pollucite in combination with green tourmaline compounds, lepidolite and crystal. Two crystals of pollucite between...
Kč27,400.00 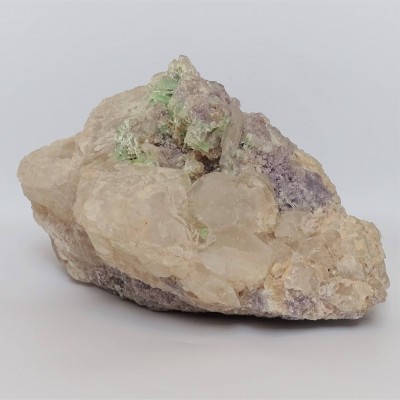