Moqui Marbles are iron-sandstone concretes of predominantly spherical shape, occurring in some locations in the Colorado plateau of the south and southeast of the Utah state. The title of these interesting stones is derived from the earlier name of the Indian Hopi-Moqui tribe. These are concretes of different shades of ocher, brown to dark brown depending on iron content. Concretions, usually 1-5 cm in length, have a spherical or lenticular shape, sometimes forming, after joining two or more balls, shapes of elongated tubes. The quartz mass of the beads is permeated by a hematite, which forms a solid "casing" of the concretion, while the center of the balls is filled with siliceous cement, often also with the addition of iron. The condition of these concretions was the presence of water. Iron, dissolved in groundwater, precipitated in the form of hematite and goethite and formed iron siliceous grains on the silica grains. The iron content in these specimens is derived from their hardness. Due to the long-term weathering and erosion of the sandstone massifs and subsequent sanding, these solid iron concretions gradually appeared on the surface. 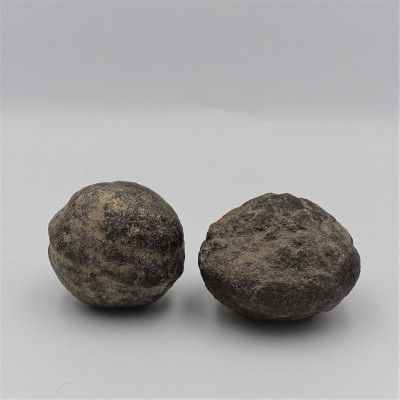