Opal is a mineral, hydrogel with a fluctuating water content whose chemical formula is SiO2. n H2O. Water is usually represented here between one and three percent by weight but in some cases it can reach up to 20%. There are many varieties of opal in the world, such as expensive opal, opal fire, wood opal, or bush opal. [1] Opal is formed from the cooled post-volcanic solutions by the precipitation of siliceous substances. A typical color gamble, the so-called Opal Opal Opal, is created by light interference at the interface of microscopic layers of opaque gel beads.
The opener genesis is not fully satisfactorily explained. It is believed that opals arise at elevated temperatures and pressures from silicates, which can either be released from organic sources such as diatomaceous earths, needles of marine fungi, or from inorganic sources such as silicate minerals or quartz. The siliceous component slowly dissolves in the alkaline environment and when the ambient conditions change to acidic and at the same time reduces the pressure there is a re-precipitation of quartz in the form of opal. Because of the not very strong atomic bond between the oxygen and silicon atoms, the opals are relatively unstable minerals that are easily damaged. When in contact with other material, they often scratch or fall into smaller bodies when dropped. Some types of opal are able to change their color depending on temperature, even when in contact with human heat. They have the ability to bind water and dirt, which can also change their color when exposed to water. 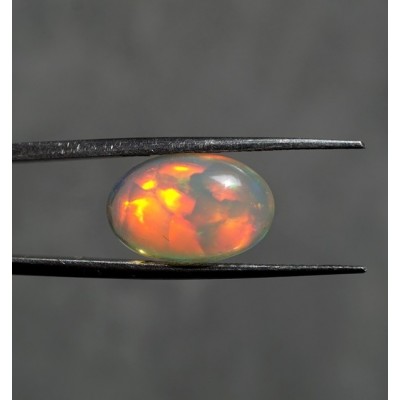 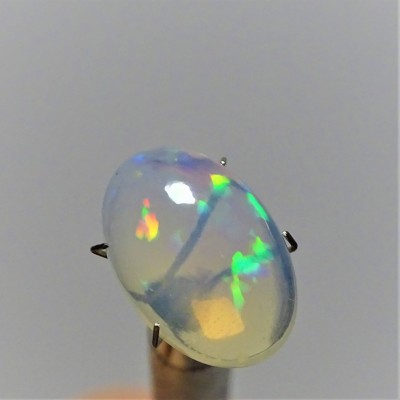 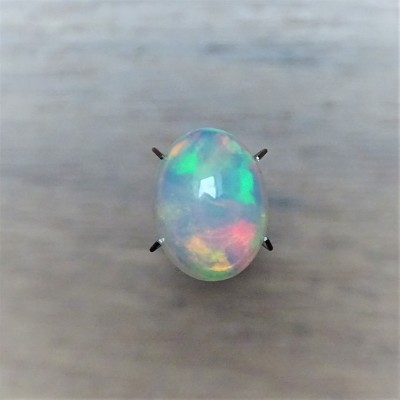 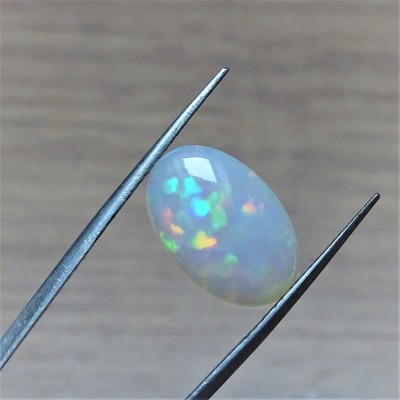 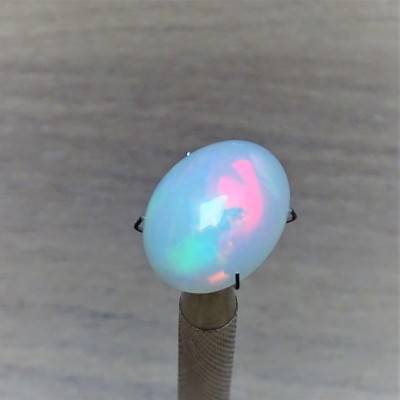 Ethiopian opal - cabochon suitable for jewelry, collections and as an investment. Super price and size of...
Kč8,900.00