Amethyst is a variety of quartz of various shades of violet, with a hardness of 7 Mohs scale. Amethyst is among the precious stones, it is a popular material for making various ornaments and jewelry. It is mainly found in the cavities of alkaline rocks (geodes). Amethyst has a color from soft purple to purple. Some amethysts are transparent, others only translucent, others opaque, so-called opaque. They are very popular because of their color. As a jewel, amethyst has been meaningful since ancient times. Amethyst beads are known from the ancient cultures of Mohendzhokar, Egypt, Sumer and Baktria civilizations in Afghanistan and Tajikistan. Since the beginning of history, amethyst has been used in jewelry, and it has been cut with Sumerian and Mesopotamian sealing rollers, and especially with ancient (Greek and Roman) gems. Also in European jewelry and glyptics, amethyst has been widely used since the Middle Ages to the present day, famous for the bowls and jugs of the court artists of Charles IV, or dishes from the workshops of the Miseroni family who worked in Prague-Bubeneč for Emperor Rudolf II. and his court. 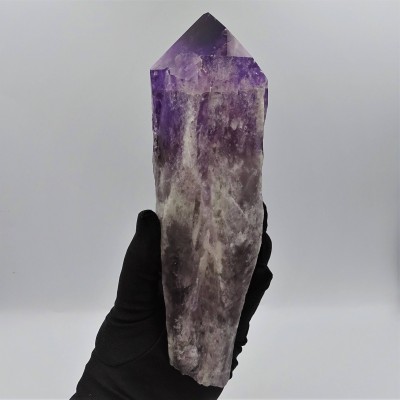 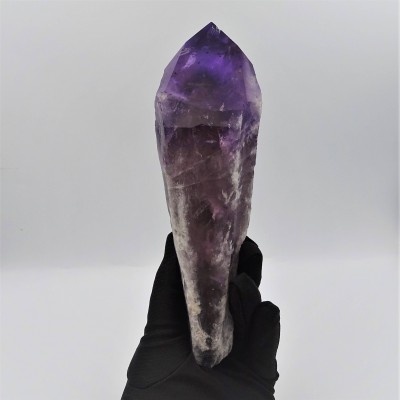 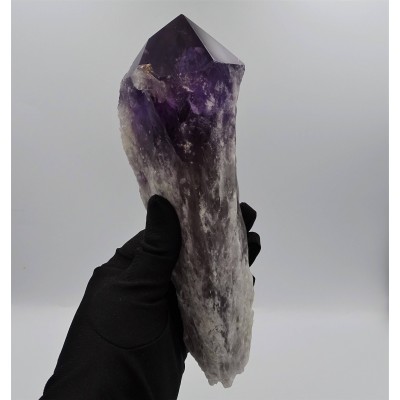 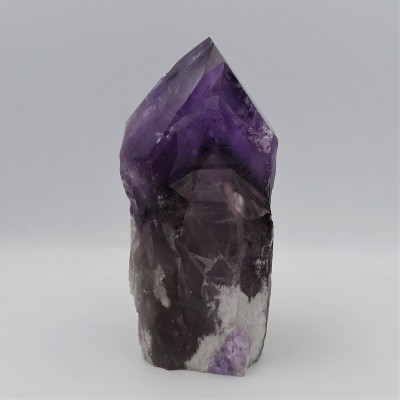 Amethyst natural crystal from the Brandberg locality - a rare combination with smoky and crystal. Collectible...
Kč1,650.00